To apply the term ‘magical’ to modern economic thought is to suggest that there remains within it an unassimilated and unexamined residue of irrational thought. Further, it is to hold that this remnant persists despite the discipline’s century long attempt to “submit the abstract laws of theoretical political economy or ‘pure’ economics to experimental and quantitative verification, and thus to the extent possible to constitute pure economy as a science in the narrow sense of the term” (Frisch, 1926: 1, our translation). The specific instance of irrationality to which we refer is perfectly visible but systematically overlooked because it exists in economics’ most basic assumptions: not only the assumptions about the causal mechanisms that determine human action, but even more in what is increasingly acknowledged to be the theoretical Achilles heel of economics, the concept of the market itself. 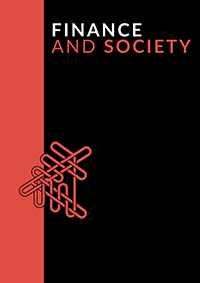 This is an Open Access journal. All material is licensed under a CC BY-NC-ND 4.0 licence, unless otherwise stated. Please read our Open Access, Copyright and Permissions policies for more information.

This work is licensed under a Creative Commons Attribution-NonCommercial-NoDerivatives 4.0 International (CC BY-NC-ND 4.0) licence. This journal is hosted by Edinburgh Diamond.